An individual retirement account allows you to put away money for retirement and the IRS helps you do it by letting you pay less taxes based on the amount that you invest.  This is in addition to Social Security and/or your Employer Retirement Plan.

IRS Publication #590, explains how your allowed you to save for Retirement – Tax Deferred.   We generally fund them with Annuities  It’s like a bank account, but with an Insurance Company and it can give you a GUARANTEED income for life. 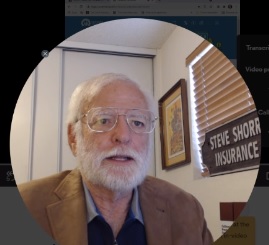