California law now requires that workers be automatically enrolled in a retirement savings account. Cal Savers – Secure Choice in an attempt to address growing fears that many workers will be financially unprepared to retire.

Cal Savers provides employees access to a retirement savings program without the administrative complexity, fees, or fiduciary liability of existing options for employers. Any employer with at least five employees that doesn’t already offer a workplace retirement savings vehicle

like one of these in IRS Publications 3998 or 560 will be required to either begin offering one via the private market or provide their employees access to CalSavers, by June 30, 2022.  Eligible employers can register for CalSavers or opt out, if they have a retirement plan in force.

The CalSavers program ensures nearly all Californians have access to a workplace retirement savings program. CalSavers offers employees a completely voluntary, low cost, portable retirement savings vehicle with professionally managed investments and oversight from a public, transparent board of directors, chaired by the State Treasurer. The legislation creates a state-run retirement program for workers who don’t have an employer-sponsored plan, many of them working in lower-wage positions. It requires employers to automatically enroll their workers and deduct money from each paycheck, though workers can opt out or set their own savings rate. The account could also be carried from job to job.

The bill would, contingent upon sufficient interest and funding by vendors, as specified, require the board to establish a Retirement Investments Clearinghouse on its Internet Web site and a vendor registration process through which information about employer-sponsored retirement plans, and payroll deduction individual retirement accounts and annuities offered by private sector providers is made available for consideration by eligible employers.

The bill, upon sufficient funds being made available through a nonprofit or private entity or federal funding, would require the board to conduct a market analysis to determine whether the necessary conditions for implementation can be met, as specified. The bill would require moneys made available to conduct the market analysis to be deposited in the Secure Choice Retirement Savings Program Fund which would be created in the State Treasury. The bill would provide that the operational provisions of the California Secure Choice Retirement Savings Trust Act shall be operative only if the board determines that, based on the market analysis, the provisions will be self-sustaining, and sufficient funds are made available through a nonprofit or private entity, federal funding, or the annual Budget Act, as specified, to allow the board to implement the program until the trust has sufficient funds to be self-sustaining. The bill would require the board to ensure that an insurance, annuity, or other funding mechanism is in place at all times that protects the value of individuals’ accounts and protects, indemnifies, and holds the state harmless at all times against any and all liability in connection with funding retirement benefits pursuant to these provisions.

The bill would prohibit the board from implementing the program if the IRA arrangements offered fail to qualify for the favorable federal income tax treatment ordinarily accorded to IRAs under the Internal Revenue Code, or if it is determined that the program is an employee benefit plan under the federal Employee Retirement Income Security Act of 1974. Business Insider * Government Code §100,000 *    Text of Law

Summary of the Bill

At issue is a decades-old consumer protection law, the Employee Retirement Income Security Act of 1974 — or ERISA, in industry jargon — that sets minimum standards for private-sector pension plans. Before Obama left office, the Department of Labor wrote regulations to make it easier for local governments and states to establish “auto IRAs” such as Secure Choice without running afoul of the law, waiving some of the requirements deemed too burdensome for small businesses.

Those Department of Labor rules are what Congress killed this week.  US Senate kills ERISA requirements Mercury News 5.3.2017 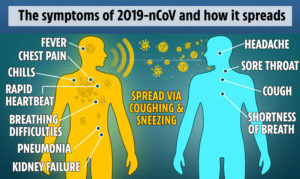 One comment on “CalSavers Mandate vs Private Pension Plan”