Unless you meet one of the exceptions below

Try turning your phone sideways to see the graphs & pdf's?

Married Couples must file Jointly  to get  ACA Subsidies

You are not considered married for federal income tax purposes if you are divorced or legally separated –Divorce  *  CA Courts * Definition San Francisco Court * attorney Website * according to your state law under a decree of divorce or separate maintenance. In that case, you cannot file a joint return but may be able to take the PTC on your separate return.   See Pub. 501, Exemptions, Standard Deduction, and Filing Information.

Normally this status is for taxpayers who aren’t married, or who are divorced or legally separated under state law.

In most cases, this status applies to a taxpayer who is not married, but there are some special rules. For example, the taxpayer must have paid more than half the cost of keeping up a home for themselves and a qualifying person. Don’t choose this status by mistake. Be sure to check all the rules.

This status may apply to a taxpayer if their spouse died  and they have a dependent child. Other conditions also apply.

Scroll down for more details on the exceptions.

What if I don’t have contact with my #estranged spouse,

do we still have to file jointly to get the tax subsidies?

You may file your return as if you are unmarried and take the PTC if one of the following applies to you.

If you are a victim of domestic abuse or spousal abandonment, you can file a return as married filing separately and take the PTC if all of the following apply to you.

Domestic abuse.
Domestic abuse includes physical, psychological, sexual, or emotional abuse, including efforts to control, isolate, humiliate, and intimidate, or to undermine the victim’s ability to reason independently. All the facts and circumstances are considered in determining whether an individual is abused, including the effects of alcohol or drug abuse by the victim’s spouse. Depending on the facts and circumstances, abuse of an individual’s child or other family member living in the household may constitute abuse of the individual.
.
Spousal abandonment.
A taxpayer is a victim of spousal abandonment for a tax year if, taking into account all facts and circumstances, the taxpayer is unable to locate his or her spouse after reasonable diligence.

If you checked the box in the upper right corner of Form 8962 indicating that you are eligible for the PTC despite having a filing status of married filing separately, you should keep records relating to your situation, like with all aspects of your tax return. What you have available may depend on your circumstances. However, the following list provides some examples of records that may be useful. (Do not attach these records to your tax return.)

This all goes beyond our pay grade.  Click on the link for  VITA.

. Legal Separation
A legal separation does not end a marriage or domestic partnership. You cannot marry or enter into a partnership with someone else if you are legally separated (and not divorced). A legal separation is for couples that do not want to get divorced but want to live apart and decide on money, property, and parenting issues. Couples sometimes prefer separation for religious reasons. San Francisco Superior Court
.
Ask us a Question? FAQ's? 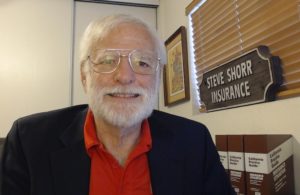