The National Association of Professional Organizers (NAPO), launched in 1983 by a small group of women in Los Angeles, now boasts 4,000 members who go into homes, help owners figure out what’s worth keeping and push them to purge the rest.

1983 – A group working as professional organizers began to meet informally in Los Angeles and decided to give their meetings a name, the Association of Professional Organizers (APO).

How to #clear clutter

Many home organization experts say
“When in doubt, throw it out.”
“When your home is cluttered, your brain kind of feels that way too,”
“You’ll be amazed at how much better you feel after just organizing one small part of your house.”webmd.com/clear-clutter-out-of-your-house
3 page Excerpt on clutter from  It’s All in Your  Mind Hardcover – 2008  by Sara Yosef (Author) 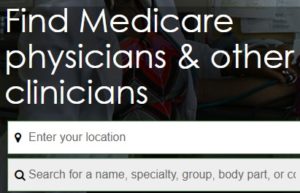 Insurance Companies get a fee from the Federal Government, when you enroll in an MAPD plan.  MAPD Plans must cover all A & B services Medicare.Gov *

That's why the premium is very low or ZERO!

Dental For #Everyone,
has an excellent  website with full brochures, Instant online quoting and enrollment