When does coverage start?

Medi-Cal will pay medical bills for 3 months prior to acceptance into medi-cal, but one must ask for retroactive coverage  Western Poverty Law Center Page 5.211.  * Excerpt of email from  [email protected]

Note that you can get immediate confirmation of provisional Medi-Cal enrollment when you apply direct or through an agent – at no additional charge  on Covered CA’s website.  If you scroll down on the eligibility page and find it.

Other ways to get immediate medical care while waiting for your ID cards.

What should I do?

We've developed the Medi-Cal portion of our website, as many of our Covered CA clients unfortunately end up here, if their income drops below 133% of FPL, Federal Poverty Level, see the income chart.

We do not get a nickel, for this site or for helping people enroll in Medi-Cal, nor answering complex questions.  When you have other questions or need coverage, take a look at   our other websites:

What if Medi-Cal took hold of my file, but say I don’t qualify, is there a lapse in coverage?
Will Covered CA backdate coverage?

If you have already applied, you do not need to apply again. Medi-Cal is processing your application as quickly as possible. Due to the large number of Medi-Cal applications received, processing is taking longer than expected, and proof of certain information is required in order to complete each application. Covered CA.com *

For those who applied and are likely eligible, but are waiting for their application to be finalized, there are ways you can get immediate care while you wait:

Once your Medi-Cal eligibility is confirmed, the health coverage is effective beginning the first day of the month when you applied.

If you would like more information or to check the status of your application, please contact your county human services agency.

Medi-Cal Confirmation – Often As soon as you apply through Covered CA!!!

Direct with Medi Cal is faster 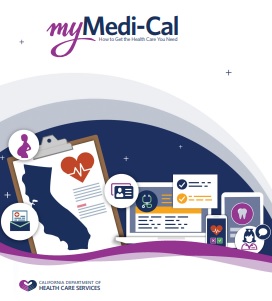 Palmer said people who have been mistakenly categorized in Medi-Cal shouldn’t worry if the situation hasn’t been resolved by the end of Monday. She said the exchange will work to make sure their policies are readjusted and become effective on the first day of the new year. ut san diego.com

But through July, DMHC has received 131 complaints from consumers about cancellations this year.

“If an enrollee has been paying their premium, then their health plan must give them at least a 30-day notice,” he says.

If you’re someone whose plan has been canceled without notice, there are some steps you can take:

And speaking of Facebook, it doesn’t hurt to take your complaint to social media.   sacbee.com

Jones [CA Insurance Commissioner] calls on the agency [Covered CA]  to let consumers keep their subsidized plans until any income mismatches are resolved, rather than automatically switching them onto Medi-Cal.

Covered California defends the process and says its biggest priority is making sure people don’t experience a gap in coverage when they’re being switched into Medi-Cal.

In the meantime, Covered California spokesman Howard advises those who believe they’ve been erroneously moved out of their subsidized plan to appeal the decision with the exchange.    scpr.org/

You can also find more information within the Medi-Cal section of this website and on the California Department of Health Care Services’ website .

If I’m getting Medi-Cal only, what’s better, apply direct or through Covered CA?

FYI – After enrolling through Covered CA – they will send you a letter that says that Medi-Cal will contact you.  Here’s an excerpt:

Good News! Based on the information you gave us, we believe you may qualify for coverage through Medi-Cal, or may continue to be eligible for Medi-Cal. The Medi-Cal office in your county (Los Angeles  * Orange) will contact you if they need more information.

You will get a separate notice about your eligibility for Medi-Cal.

Thus, IMHO – if you are getting Medi-Cal only, it’s best to just apply directly through your county.  Scroll down or look to the right column for online enrollment

Right to Appeal - if claim denied Check the FULL policy, EOC - Evidence of Coverage here's a specimen and see what the rules are on cancellation and notice.

Then if you do decide to do an appeal, (page 151 in specimen policy) or view our webpage  on appeals, you'll  know what to argue about.